You have a violent attack that’s most likely waiting for you in your future.

Maybe it’s already hit you. What about the next one?

I can help you survive that.

Statistics say, that you’ll be violently attacked sometime in your life. Some will be attacked multiple times over their life. That’s an unfortunate reality of the world we live in. And, we can all see that’s it’s getting worse, not better.

Even the police are telling people to train themselves for what’s out there, saying… “Even when law enforcement was present or able to respond within minutes, civilians often had to make life and death decisions, and, therefore, should be engaged in training and discussions on decisions they may face.”

Most people I’ve met and talked to ignore what they know is a clear and present danger.

They think it won’t happen to them or they keep a bat handy at the front door.

Or they expect that self-defense course that they took years ago, to save them.

Clients that come to me usually experienced an event that could have killed them. It was something that happened without warning. One was hiding under her car waiting for her. One couple were surrounded by four teenagers who punched them but then just left. One was on vacation and confronted in a restroom by a violent woman. They admit they were frozen and realized they might die right now.

IS MARTIAL ARTS THE ANSWER?

Many clients took various martial arts and self-defense courses but told me that they quickly realized the training wasn’t going to help them survive a life and death encounter, especially against larger, multiple armed attackers.

Martial arts and MMA are trained in a sport with many rules, dueling, no weapons, against one opponent.

If you brought in younger, larger, faster, armed guys against them, they’d be lost.

Martial artists are shocked at what I show them. They say “that’s the opposite of what I was taught.”

You get into a punching match or “take them to the ground”, they’ll knife you or one of their friends will stomp you from behind.

Clients tell me that after a lot of searching they’re so happy that they finally found me.

They realize that I teach them the no-nonsense tactics that they’ll need to survive.

How to use Knives

How to use Unconventional Weapons

How to use Firearms

And also, I teach something that no one else teaches, well, except for certain military operators, so they won’t choke in battle.

Training in skills means nothing if you can’t do it when the time comes.

Yes, after all their training, statistics say even soldiers, law enforcement and black belts freeze when violence explodes on them.

Freezing means you don’t make it.

After training, clients tell me how confident, relieved and safe they feel.

Reflects in their life at work, with relationships and overall well-being.

GET WHAT YOU NEED

All the years and dollars of training mean nothing if it’s the wrong training.

COMBATIVS takes less time, it’s more convenient for you (training on your schedule), costs less overall and most importantly, gives you what you need… THE EDGE TO SURVIVE a violent encounter.

That’s what everyone needs. 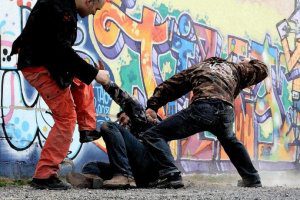 This Program has no equal.

Master how to finish multiple armed attackers in seconds.

The Director’s Choice Cut from the 24 Hour Black Ops Program.

This is not MMA. 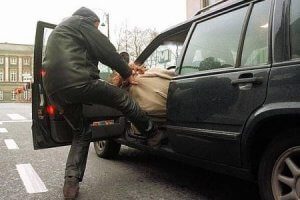 Use our Program or a program designed by you

We’ll help customize it with you

Each Private Program must be taken in 2+ Hour Sessions

This is not martial arts, sports fighting or self-defense classes. This is…

By the end of these Black Ops Close Quarter Combat Programs, clients will be equipped on how to deal with attackers… within a few seconds… or less.

Prior training not necessary.

Training can be designed to meet client needs.

Training can be arranged at offsite location (additional cost).

Once a Program has been accepted it is a contract and is payable in full.

Training may be temporarily delayed to accommodate client or instructor for medical reasons; weather preventing travel; family or business commitments. Training resumes on schedule when the circumstance has cleared.

At least 6-hours notice is required prior to cancelling a training session. Client is responsible for 100% of a session’s fee without notice, unless waived by the Director.

Warning: count(): Parameter must be an array or an object that implements Countable in /home/customer/www/combativs.com/public_html/wp-content/plugins/detheme_builder/detheme_builder.php(59) : runtime-created function on line 1